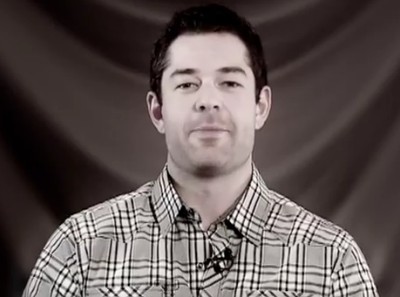 St. Louis Blues goalie Brian Elliott re-tweeted a link this past Saturday to his PSA for the You Can Play Project, which works to promote the acceptance of LGBT athletes in all sports. You Can Play is trying to change the culture of the locker room and the arena from casual homophobia to one that focuses only on an athlete's skill, competitiveness and work ethic.


You Can Play was co-founded by Patrick Burke, pro hockey scout and son of NHL executive Brian Burke, to honor his brother Brendan. Brendan Burke came out publicly while a sophomore at Miami University, where he worked as the hockey team's video manager. The team and the larger NHL community, as well as his family, were supportive of Brendan's decision to go public with his sexuality; ESPN's hockey guy John Buccigross wrote one of his best features on Brendan's coming out and his father's reaction to the news. It's absolutely worth a read.

Brendan Burke died barely a year later in a car accident, leaving his brother and father to carry on his legacy as an advocate for LGBT tolerance in hockey and other sports. It's gratifying to see a St. Louis Blue stand up for the cause, particularly in light of recent developments in Missouri.