The Return of the Filthy Sanchez 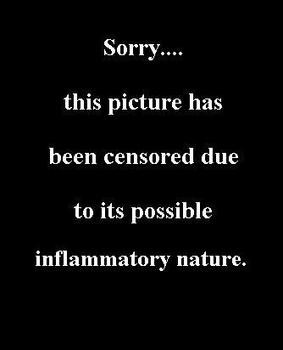 The Cardinals made a roster move today, attempting to shore up a recently shaky bullpen by recalling Eduardo Sanchez, aka Dirty Sanchez, aka Filthy Sanchez, aka Fast Eddie, aka Fritz von Filthington, aka The Southern Dandy (note: none of these are real nicknames, but they all should be), from Triple A Memphis.
Most of us remember Sanchez from his time with the big club last season, I'm sure, when he was nothing short of dominant until a sore shoulder put him on the shelf. Coming into spring training this season, it seemed Sanchez nearly had a roster spot guaranteed him, but mechanical issues led to control issues which led to sorry, Fast Eddie (seriously, at least that one should stick), hope you like Memphis-style barbecue. Fortunately, though it looks as if Sanchez has gotten himself mostly back on track; his control numbers have steadily improved since the beginning of the season. He did walk a pair in his most recent outing on the eleventh, but before that he had three straight walkless appearances since the beginning of May and has issued free passes in just three of his last ten times out.
And none too soon, either. This bullpen could certainly use the help.
Just as interesting as seeing Sanchez recalled is the corresponding move the front office made to make room for the hard-throwing Venezuelan. J.C. Romero, aka Lefty Rydell, aka The Gasoline Man (as in on a fire, not throwing gas), was given his walking papers.
It isn't surprising to see Romero released; he has been flat-out awful this season. A 10.13 ERA and 7.73 FIP are just not the kind of numbers you want to see next to a pitcher's name, even in a relatively small sampling. Worse than the numbers, honestly, was just the way Romero looked; it was clear watching him on the mound he simply doesn't have anything left in the tank. After years of hard use, with huge appearance numbers pretty much every season, it just doesn't look like the tires have any tread remaining. So it's not at all surprising to see Romero gone.
What is surprising, at least a little, is how quickly it happened. It was clear Romero wasn't going to get the job done, but I'm still pleasantly surprised the situation didn't take significantly longer to resolve than the middle of May. I'm sure we all remember how long it took for the Ryan Franklin Era to finally come to an end; kudos to Mike Matheny and John Mozeliak for moving more quickly this season to replace a broken part. This is a much more responsive move than we've seen many other times from the front office; I will stop short of making any statements about the presence of a different manager affecting things, because I just don't want to speculate in that direction.
The other thing that is at least moderately surprising about this is to see the Cardinals suddenly go with just one lefty in their bullpen. Particularly of note is the fact Marc Rzepczynski, the sole remaining left-hander, has not really been deployed as a lefty specialist. He has functioned so far as a de facto setup man for Jason Motte, rather than pulling straight LOOGY duties. What that means is the Cardinals are essentially without a lefty specialist for the moment. Such a thing would have been inconceivable during Tony La Russa's tenure as manager; the fact Matheny appears to be signing off on the situation, even for now, is certainly an intriguing development.
At the moment, it looks as if the best option the Cards have for attempting to neutralize left-handed hitters could actually be Kyle McClellan. Despite McClellan's own struggles this season, he has still been mostly solid in terms of retiring lefties, allowing them only a .179 batting average (though he has been bitten by a couple homers against left-handers), and has been very good against them historically as well. In his career as a whole, K-Mac has held left-handed hitters to just a .631 OPS and has actually struck them out at a slightly better rate than he has righties.
Looking at the numbers, the best way to deploy McClellan may very well be as a right-handed version of a lefty specialist, shoehorning him into the role Romero just departed. If K-Mac can continue to limit lefties the way he has the rest of his career, he might actually end up an asset after all.
Regardless, the Cardinals' bullpen got better today, replacing the almost unusable Romero with the single most talented relief arm the Cards have. Sanchez has better stuff than anyone else in the bullpen, and if his control issues have really been ironed out there's no reason to believe he won't have an immediate impact in the later innings of games.