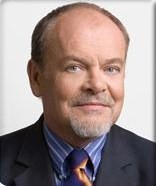 Missouri Attorney General Chris Koster said yesterday that his office plans to release details of plans to renovate the Edward Jones Dome regardless of a confidentiality agreement that has kept the proposal out of public view.

Per the deal that brought the Rams to St. Louis from Los Angeles, the Rams could leave the city if the dome is not among the "top tier" of stadiums by 2015. In February the St. Louis Convention and Visitors Commission presented the Rams with a $124-million plan to upgrade the facility with the public and the team picking up the tab. In March the Rams rejected the offer. On May 1 the Rams presented CVC with a counter proposal shrouded in secrecy with the team and the CVC stating that they'd agreed to a confidentiality agreement not to release details.

In a statement yesterday, the attorney general said he'd release the details next Monday barring any court order to the contrary. Koster's office credited reporter Charles Jaco of KTVI (Channel 2) with spurring it into action. Last week Jaco sent a request for the dome proposal to the state's Office of Administration. (The state of Missouri helps pay the debt on the dome and is therefore privy to details of the negotiations.) Jaco also cc'd his request to the attorney general, who -- in turn -- sent a letter yesterday to the Rams and attorneys representing CVC stating that the state would release the plans to KTVI by next Monday.

Last week the Post-Dispatch filed a lawsuit against the CVC demanding that the records be released, and has been trumpeting its freedom-of-information fight ever since in laudatory articles and editorials patting itself on the back. So, is it all that surprising that this morning's Post-Dispatch article about the AG's involvement continues to herald the newspaper's own lawsuit while making no mention of Jaco's instrumental role in the process?