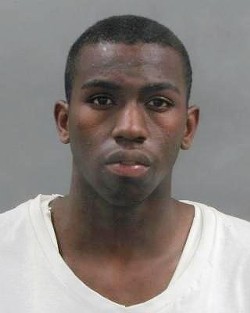 Edward L. Townsend, 17, has been arrested and now faces charges of third degree assault for his alleged role in a knockout game attack in the 4600 block of McPherson Avenue in the Central West End this past Saturday night.

According to police, Townsend and a group of juveniles approached an unidentified 30-year-old man at 10 p.m. When they were close enough to each other, Townsend punched the man, at which point thevictim tried to fight back and then broke and ran. He shouted for help while the teens caught up to him and surrounded him. The shouting most likely saved him from a worse beating, as the noise brought drew attention and witnesses to the scene.

Police responded and rounded up several suspects, including Townsend. He's the only one currently charged with a crime.