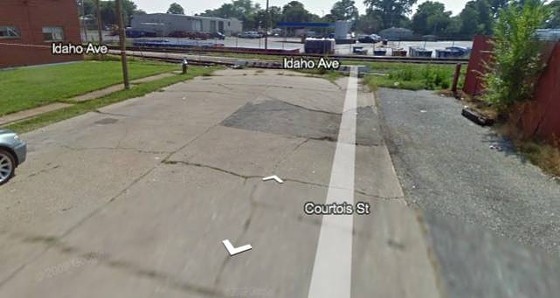 Two black men, ages 24 and 51, were standing in the 800 block of Courtois Street in the Boulevard Heights neighborhood (above) last night around 12:30 a.m. when two white men shot at them. The 24-year-old was hit in the hip, while the older man was shot in the neck, according to police. The shooters were described as a white male in his early 20s, 6'4'', wearing a grey sweatshirt and black shorts; and a white male in his late teens, 5'8'', wearing a grey sweatshirt and jeans. The victims told police the shooters ran south down the train tracks afterward.
Both victims are in stable condition at an area hospital. The investigation is still open.