Amazon Agrees to Pay Sales Tax in Texas; What About in Missouri? 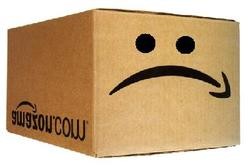 On Monday, the Texas Comptroller of Public Accounts and Amazon jointly announced they had struck a deal for the internet retailer to begin paying sales tax in the Lone Star state. Amazon has a distribution center in Irving, Texas, but has never paid sales tax for products shipped from the facility because the company contends it's not selling anything in Texas -- it just stores its stuff there and pays workers to ship it off to consumers. Faced with a $269 million assessment for uncollected taxes, Amazon has officially changed its tune. The arrangement also nets Texas a promised $200 million in job investments by Amazon.

Which got us to thinking: Whatever happened with Missouri's plan to collect sales tax on items sold by in-state Amazon affiliates and other online retailers?

It was just a little more than a year ago that state representatives Margo McNeil (D-Florissant) and Rory Ellinger (D-University City) stood in front of Subterranean Books and announced bills that would enforce Missouri's existing laws that require the collection of sales tax from online sales.

Yesterday we contacted Rep. Ellinger to find out the status of HB52. Ellinger spoke eloquently and bluntly about the bill's chances.

"What happened is, Margot McNeil and I, we reintroduced the bill and got a hearing on it. But the Republican chair, Mr. Funderburk, didn't allow a vote," says Ellinger. "Although, I'm sure if it got a vote, it'd be defeated."

"It's not a new tax, it would simply collect the money we're supposed to be collecting. But the Republicans will stop any bill that results in new taxation, or the appearance of new taxation. Our governor has an ad he's running right now along the lines of  'call Jeff City and tell 'em not to propose new taxes.'"

Elllinger interrupts himself and states very clearly, "I'm still going to vote for him. He's going to win handily," then resumes his initial line of thought. "But I can't believe he's saying such a thing when we've cut higher education, we've cut child support for working women, we've cut money for the home-bound. It's absurd. We desperately need income, and not to collect tax we're owed is ridiculous."

Ellinger noted that the Republicans in the House are not necessarily against the idea of getting the money they're owed when it comes to online sales. They just have different ideas of how best to use that money "Mr. Funderberk did his own bill that stated if we collected the money, it'd be put into a bill to put money into millionaire's pockets."

Come again? "They took Margot McNeil's bill, but instead of the money going to General Revenue, which is what we want, it will become a tax break for the rich. Whatever the amount collected in sales tax is, big businesses would get a pro-rated tax break based on how much we collected."

So is HB52 dead? "No, it'll probably go forward -- we'll be back. We're hopeful we can get it done. Several Republican friends have approached me and told me they like the bill and talked about getting it going. We'll be back."