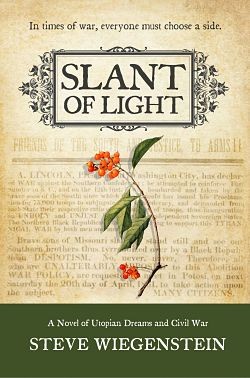 It was a week for new titles on the St. Louis bestseller list -- except for Fifty Shades of Grey. Among the new books were The Limpopo Academy of Private Detection, the latest entry in the No. 1 Ladies Detective Agency series (and also The Great Cake Mystery, a kids' book about the detectives before they were full-grown ladies), Abraham Lincoln: Vampire Hunter (the movie is nigh!), Oaxaca Al Gusto: An Infinite Gastronomy by Mexican food guru Diana Kennedy -- and Slant of Light by Missouri native Steve Wiegenstein. Wiegenstein's novel concerns the fortunes of a utopian community in the Ozarks during the Civil War.

Making its debut on the kids' list is Crow by Barbara Wright, profiled by Daily RFT earlier this month.

1. The Limpopo Academy of Private Detection by Alexander McCall Smith 2. Fifty Shades of Grey by E.L. James 3. Slant of Light by Steve Wiegenstein 4. Abraham Lincoln: Vampire Hunter by Seth Grahame-Smith 5. Darth Vader and Son by Jeffrey Brown 6. Oaxaca Al Gusto: An Infinite Gastronomy by Diana Kennedy 7. We Are All Welcome Here: A Novel by Elizabeth Berg 8. Sugar Hill: Where the Sun Rose Over Harlem by Terry Baker Mulligan 9. The New Jim Crow by Michelle Alexander and Cornel West 10. Learning to Swim: A Novel by Sara J. Henry