Tamara Favazza Wins $5.77 Million vs. Girls Gone Wild, But Will She Get It? 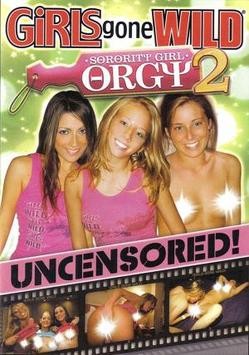 Favazza was only 20 years old when she went to Rum Jungle on Laclede's Landing the night a GGW crew was filming, way back in 2004. She was dancing for one of the cameras when a woman pulled down her shirt and exposed her breasts despite Favazza's stated unwillingness to do so. This brief footage ended up in several GGW DVDs, which Favazza learned of several years later through a friend of her husband. Her lack of consent -- both in the incident and in the use of the footage -- was the cornerstone of her case.

She lost her original jury trial against the film's production company, Mantra Films Inc. The producers claimed signs were posted throughout the club notifying people they would be filmed, which Favazza claimed not to have seen. In the end, the jury determined that her actions in the video (a blow-by-blow account described here) outweighed her testimony. Patrick O'Brien, the jury foreman in that trial, was told a Post-Dispatch reporter after the trial:


"Through her actions, she gave implied consent. She was really playing to the camera. She knew what she was doing."

Eventually she won the right to another trial, which recently ended her ordeal with a decision in her favor -- and $5.77 million in damages. Of course, this being the American legal system, Girls Gone Wild's attorney in the case already announced their intent to appeal.

It's eight years after the incident, more than two years since the case entered the court system, and we have a victory for both sides, and yet no final resolution. Even if Favazza wins this next appeal, she may not get the money. One of Mantra Films' attorneys in this case, Brian Rayment, filed his own suit against the company for nonpayment of legal fees in the sum of $300,000.