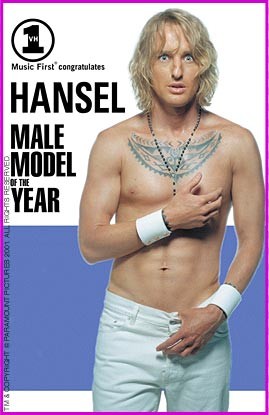 Okay, in this scene, the part of Lance Lynn will be played by none other than our former franchise cornerstone, Mr. Albert 'Big Respect' Pujols. Oh, come now! That's no way to greet a former Cardinal! That language is just uncalled for.
And playing the part of Chris Carpenter will be our old friend, gone from the charts but not from our hearts, Bobby Bonilla! Bobby Bo, everybody! Give him a hand!
Alright, so maybe Chris Carpenter's spring training injury this season isn't going to have the same franchise-altering effect that Bobby Bonilla's injury did back in 2001. Bonilla, you may remember, opened the door for Pujols to make the club out of spring training when he suffered an injury shortly before the team was to head North. The rest, as they say, is history. The Cardinals had their centerpiece for the 2000s, Pujols had his chance to shine, and Bobby Bonilla had his walking papers.
Chris Carpenter may not have opened the door for a Pujolsian player to step forward and make the team, necessarily, but the nerve issues which have kept Carpenter on the shelf so far in 2012 may very well still have a major positive impact. If Carp were healthy and on this team, Lance Lynn would still be down in the bullpen. And while that might very well help the bullpen, we wouldn't have any idea just how good Lynn could be as a starter.
The Cardinals really needed something good to happen yesterday. They had lost two games in a row to the Chicago Cubs, both losses of the walkoff variety, and the offense which appeared so frighteningly efficient in the first two weeks of the season had looked positively anemic in both contests. The bullpen took both losses, also, adding an extra element of frustration for a team which suffered through a full-blown relief corps catastrophe just last season. The Cards needed something good to happen. And something did.
Lance Lynn went deeper into the game yesterday than any other Cardinal starter had yet this year, throwing eight innings of one run ball against the Cubs on a rainy, chilly afternoon. He was, in a word, magnificent. Eight innings, one run, six hits, two walks, seven strikeouts. Fifteen groundball outs. He sent the last eleven Cubs hitters he faced on the day in order. The Cardinals needed Lance Lynn to be the man yesterday, and he absolutely was.
The win took him to 4-0 on the season to go along with a sterling 1.33 ERA. That's obviously not a sustainable number, and Lynn has been aided by an absurdly low .182 BABIP so far this year. Spoiler alert: that's going to come up some. Even so, looking at his underlying numbers, Lynn has been a remarkably solid pitcher in 2012. A 3.13 FIP and 3.11 xFIP both point to a pitcher performing like an upper-half of the rotation anchor, and he's already been worth better than half a win in value.
He's striking out better than eight batters per nine innings, a number higher than virtually any stop of his minor league career. The best number about Lynn, though, is his walk rate, which stands at just 1.89 BB/9. You want to know why Lynn has been so good so far this season? The biggest reason is right there: he's making hitters earn their bases. You walk less than two hitters per nine in the big leagues, you're going to have a fair amount of success. Particularly when you pair it with an ability to miss bats; Lynn's 4:1 K:BB ratio puts him among some pretty lofty company.
In fact, Lynn has been so good this season I would be awfully tempted to say Chris Carpenter's injury may very well have been the best thing to happen to this team to date. The injury gave an opportunity to a talented young player, and so far Lance Lynn is showing no signs of relinquising his grip on said opportunity -- or the rotation spot. What happens when (or if, I suppose) Carpenter comes back is going to be one of the biggest questions facing this team for the rest of 2012.
Lance Lynn isn't Albert Pujols, and he isn't going to have the same kind of impact on the franchise. Even so, much like Pujols over a decade ago, Lance Lynn has kicked open wide the door of opportunity thanks to a spring training injury, and the long-term ramifications could be huge.