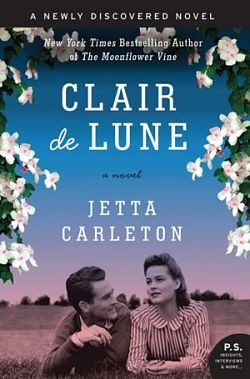 Most books live brief and uneventful lives, from printer to pulper, and then forgotten. A few have second lives in libraries and used bookstores where they may be rediscovered and cherished.

The Moonflower Vine, the first novel by Missourian Jetta Carleton, originally published in 1961, was one of those lucky books. A bestseller in its day, it fell into obscurity until it was discovered by another Missouri-born writer named Jane Smiley who included it as on her reading list of 100 great novels in her 2005 critical study 13 Ways of Looking at the Novel, mixed up with Austen and Tolstoy and Dickens. Since Smiley is a Pulitzer Prize-winner, her endorsement bore considerably more weight than most people's and three years ago, Harper Perennial released a new paperback edition of The Moonflower Vine to modest fanfare.

When you fall in love with a book and a writer, your immediate question is, Is there more? With Carleton, alas, the answer appeared to be no. The Moonflower Vine was her only published work. She'd been working on a second novel when she died in 1999, but the manuscript had gotten mixed up in a pile of papers that had blown away in 2003 when a tornado hit the house where they were stored.

At least that's what her family and heirs believed. But Carleton's friends in Santa Fe, where she'd moved with her husband in the early 1970s, knew something else: The manuscript still existed. They had it. And now it's a book.

"Unbeknownst to us," says Denise Shannon, the literary agent who worked with Carleton's two great-nieces and heirs to bring The Moonflower Vine back into print, "an old friend of Jetta's from Santa Fe named Joan Daw controlled her letters and papers, except for The Moonflower Vine."

Included in those papers was the manuscript of a novel with the working title The Back Alleys of Spring. Carleton's friends recall that she was working on it with special urgency in the last few years of her life: She borrowed a friend's computer so she could type it instead of writing longhand as she usually did. 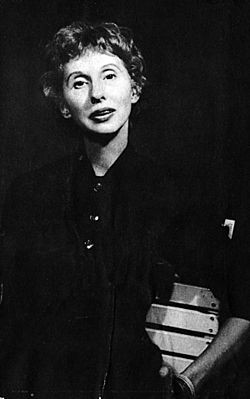 Shannon tracked down Daw. "I asked her, 'Did you know The Moonflower Vine had been reissued?' She was not aware. I explained that she had control over the manuscript and that I would love to see it since I was such a big fan of Jetta's work.

"I got the manuscript," Shannon continues. "I loved the writing. She was a beautiful writer. It shows what a fine, nuanced writer she was."

Based on the success of The Moonflower Vine, Harper Perennial bought the new novel, now called Clair de Lune, and sent it to Ann Patty, a freelance editor, for some cleaning up. (According to Carleton's friend Charlie Langdon, a newspaper columnist in Durango, Colorado, the original manuscript was still a work in progress and, therefore, a little rough.) It was published as a paperback original earlier this spring.

Clair de Lune is smaller in scale than The Moonflower Vine, which encompassed 50 years and six separate points of view. In her editor's note, Patty describes it as "a classic coming of age tale." It's the story of a young woman named Allen Liles who reluctantly takes a job teaching English in a junior college in southwestern Missouri for the 1940-41 school year even though she would have rather moved to Greenwich Village and become a writer.

"Allen Liles is a fictional character," Carleton wrote in the book's opening sentence. "I made her up. Her story is made up too. But not all of it. Part of it's mine, handed on to her, altered to fit."

Like Allen, Carleton had taught English, at Joplin Junior College, when she was in her mid-20s, just before the U.S. got into World War II. Like Allen, she would have preferred to have gone to New York, but she found some joy in Joplin, too, largely in exploring the town in the middle of the night. As Carleton wrote to her agent in 1972, possibly around the time she was beginning to conceive the novel that would become Clair de Lune:

My goodness what a lot of larking about we used to do in the middle of the night! I can remember prancing up and down the big wide clean back alleys of Joplin, Missouri, on spring nights when the air was full of the scent of mock orange; and through empty parks and graveyards and along country roads....And all of it in the wee hours, without anyone to stop us, and without a trace of fear.

Carleton never says who her larking companions were. Allen's, however, are students at the college, who happen to be closer to her in age than her alleged peers on the faculty and also a lot more fun. But still, they are students, and it's clear -- to the reader at least, especially after Carleton has stated rather baldly on the first page that the book's theme is the loss of innocence -- that the situation is not going to go anywhere good. And indeed it does not. Lessons are learned, decisions are made. But the scenes of Allen and her friends running around the town late at night, eating freshly-baked pies from the bakery with forks stolen from the diner, wandering in a low-hanging fog arguing about James Joyce, dancing on the golf course to the music floating out from the country club, are so full of youthful, joyful anarchy they make your heart hurt. (Particularly if you, like Allen and Carleton, spent some of the best parts of your youth larking around at night.)

So what else is in that pile of manuscripts?

"We've reached the end, unfortunately," says Shannon. "It's very unusual to have letters published. So there's just the two books. Unless somebody out of the blue says there's a third Jetta Carleton novel."

Click here to read the opening chapters of Clair de Lune and the rest of Ann Patty's essay.