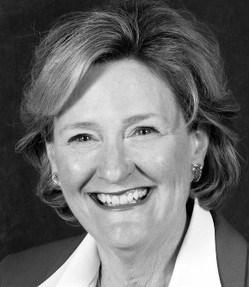 Post-Dispatch employees enrolled in the Pulitzer pension plan received letters this weekend notifying them that Lee Enterprises chose to exercise an election that allowed the company to defer paying into the plan for all of 2011.

So Lee deferred making payments to employee pensions for 2011, but gave CEO Mary Junck and CFO Carl Schmidt performance bonuses totaling $500,000 and $250,000 respectively. That's three-quarters of a million dollars in cash prizes for taking the company into bankruptcy.

Perhaps unsurprisingly, the employees and the United Media Guild were less than pleased with the revelation. Having almost no head for business -- cash bonuses for bankruptcy just doesn't make sense no matter how we parse it -- we reached out to UMG business representative Shannon Duffy for some clarification.

Duffy confirms that the financial maneuver is, "Not illegal, but it is reprehensible that they do this and give Junck and Schmidt bonus for bankruptcy. But nothing Lee does surprises me anymore."

He hastens to reiterate that, "I don't believe anyone's pension is at risk. I don't think we're in danger, this just shows their values. We have absentee owners -- they don't care about their workers, the region or the Post-Dispatch."

When asked if employees could receive a similar notice this time next year, Duffy's uncertain. "We're not sure yet. We've sent the matter to our pension attorneys. But I don't believe we have any recourse on this. What they're doing is legal -- they tend to not violate the law."

"But these are people's lives here. They have families, homes, kids to worry about. They've taken pay cuts to help the company -- you wanna know where Lee's priorities are? Labor is listed on their balance sheet under 'Liability.'"