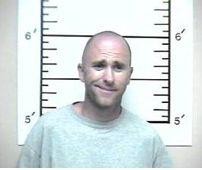 The probable cause statement issued today is the most complete telling ever of the murder investigation and a gripping and tragic read. The seven-page document (viewable below) outlines how the mother of triplets spent her last last hours before going missing and the strange and contradictory stories that 41-year-old Waller told investigators.

Prosecutors believe Waller killed his wife June 1, 2011, inside a home he was living in in Jackson, Missouri. Police investigating the house days after Jacque's disappearance found blood splatter on the walls and on a hallway carpet that Waller had hidden 50-feet into a shallow crawl space in the basement of the house.

DNA evidence taken from the carpet and walls matched Jacque's blood. The chance it belonged to anyone else is 1 in 7 quadrillion.

Clay Waller is currently serving a five-year federal sentence for threatening Jacque's sister over the Internet. The first-degree murder charge leveled at him today carries a minimum of life in prison without parole. Prosecutors are not seeking the death penalty. He's also charged with concealing her body, which has never been found, and hiding the blood-soaked carpet, which he has admitted to. Those crimes carry sentences of four years each.