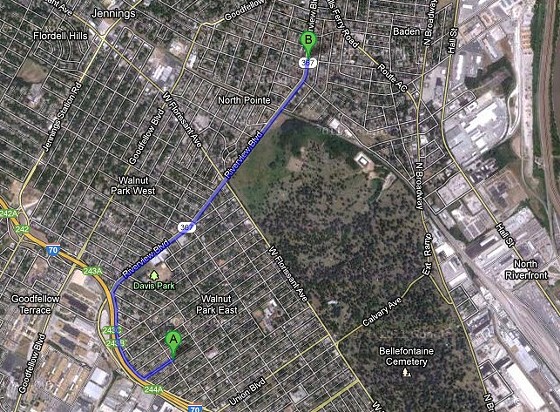 Two shootings separated by roughly two hours and two miles sent two men to hospitals last night. The other noteworthy similarity between them? Neither of them seems to have much, if any, motive.

At 7 p.m a 34-year-old black man and another person were sitting in a parked car in the 4900 block of Beacon Avenue. A black male around 6-feet tall with two gold teeth and a Mohawk approached the car and asked if the passengers had any drugs or money. The suspect then opened fire, hitting the victim in the back, shoulder and neck; the other man in the car was not shot. The injured man is in stable condition at an area hospital. The investigation is ongoing.

At roughly 9: 30 p.m., a 20-year-old black man was walking near the intersection of McLaran Avenue and Riverview Boulevard. An unidentified vehicle pulled up and a passenger shot the pedestrian in the buttocks. He's also recovering at an area hospital. The police report notes that no crime scene could be found, and that the investigation continues.