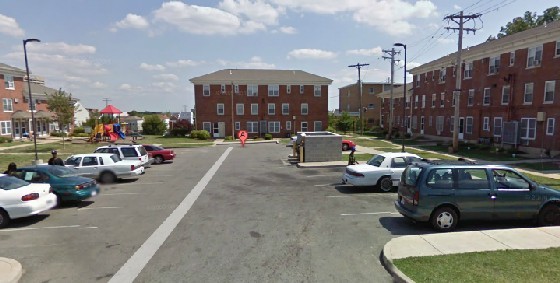 Yvette Gray, a 44-year-old black woman, was shot to death outside her home in the Clinton-Peabody apartment complex (1400 Hickory Lane, above) at 10 p.m. last night. Gray and another woman were standing outside when a 26-year-old black male opened fire, hitting Gray in the abdomen and the second woman in the leg. Gray was pronounced dead at an area hospital, while the other woman, a 22-year-old, is in stable condition.

Police have identified the suspected shooter, but he has not been located as of this morning. No description of the suspect was provided.