Andre Kuipers is part of the 31st permanent crew on the International Space Station, and only the second Dutch astronaut to make it to space. In addition to being a doctor, a scientist and teacher, Kuipers is also a photographer. His bilingual Twitter feed is a daily treasure trove of scientific wonder and gorgeous photos; the latter appear to have been taken while Kuipers hangs out the window of the ISS. 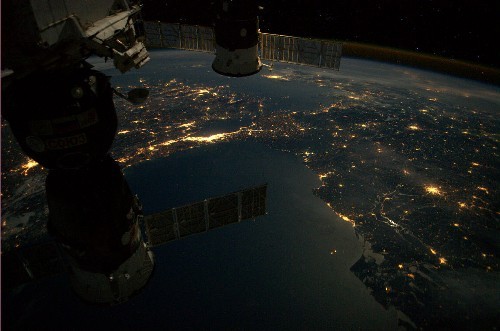 If you're looking for a great way to while away an afternoon trapped in the office, @Astro_Andre is a great place to start. If you need a suitably inspirational soundtrack, look no further than Symphony of Science. Onward to the Edge, indeed.