Lance Lynn Impresses in his First Start for the Cards: Let the Lynnsanity Begin 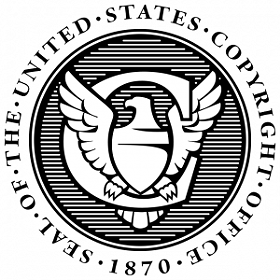 I haven't seen anyone else make the 'Lynnsanity' joke just yet, so I'm officially taking credit for it myself. I'm also copyrighting it; if Jeremy Lin can copyright Linsanity, then Lance Lynn should be able to copyright his version. Or, he could, if a certain clever, enterprising sports columnist hadn't done so already.
I'm also applying for copyrights on Lynncrecible, Lynnteresting, Lynntriguing, Lynncompetent, Lynntolerable, Lynnvisible, Lynnhospitable, Lynnsufferable, Lynnimitable, and Lynncontinent. I'm thinking that last one may be useful when, later in life, Lance Lynn is approached by an adult undergarment manufacturer for an endorsement deal. You want to tell America's elderly how to avoid the potential embarrassment of Lynncontinence, Lance? Well, you're just going to have to pay up then, big guy.
Okay, so maybe it was just one start. But after watching Lance Lynn shut down the Milwaukee Brewers yesterday, I can't help but think we might have seen the advent of the next big thing in the Cardinal rotation.
Lynn was masterful yesterday in his first start of the 2012 season, carving through the Brewers lineup like, um, some kind of carving thing. Like a knife or something. And the Brewers are something soft and easily carveable. Like a canned ham or slightly softened sherbet.
Okay, so I'm not great with the metaphors. My metaphorical skills are not nearly as good as, say, Lance Lynn's fastball.
BOOM! Back on track! The king is still on it!
Anyway, Lance Lynn made his first start of the season yesterday as the official fill-in for Chris Carpenter in the rotation, and to say it went well would be an understatement. He struck out 8 Brewers in 6.2 innings, walking only one -- the final batter he faced, in fact -- and allowing just two hits. He did it all against a Milwaukee lineup which, despite the offseason departure of Prince Fielder, is still one of the more imposing in the National League. He threw hard, working consistently in the 92-95 range, and he put the ball where he wanted. He did lean a bit more heavily on the fastball than one would hope to see long-term, but he also featured a new cutter that had a few particularly nasty moments.
All in all, you couldn't really have hoped for anything better out of Lynn. If he's anything close to what we saw yesterday going forward, this team just might not miss Carpenter as much as we all thought they would.
And that could very well be one of the big keys to the success or failure of this year's squad; the team managed to weather the storm of last year's injury to Adam Wainwright despite some decidedly replacement-level replacement from Kyle McClellan. I'm not sure I would count on being able to overcome an obstacle like that a second season in a row.
Coming into the year, I think most of us thought Lance Lynn could, and probably would, be a very important player for this team, but in a late-inning relief role, likely setting up Jason Motte. As things stand now, it looks as if he may be even more important than any of us anticipated in his starting capacity. This team has the offensive firepower to do great things, the question will be whether the pitching is strong enough to support this team's aspirations.
Lance Lynn could go a long way toward answering that question one way or the other. If what we saw in his first start is at all indicative of what he'll do the rest of the way, that answer should be a decidedly positive one.