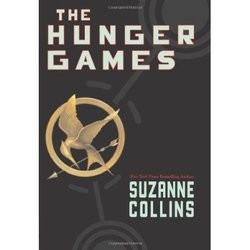 The American Library Association's Office of Intellectual Freedom announced  its 2011 top ten "Most Challenged" books list, and for the second year in a row Suzanne Collins' The Hunger Games trilogy made the list, coming in at a steady number 3. The most popular reasons given for someone challenging the book's acceptability are "anti-ethnic, offensive language, occult/satanic and violence." The Hunger Games series was number 5 in 2010, which just goes to show that if your book is made into a wildly-popular film series, a lot more people suddenly find reason to complain about your literary output.

The Harry Potter series was the number one most-challenged book in 2001 and 2002; it dipped to second place in 2003. By 2004 it was completely off the list, and it has yet to reappear. Has Harry Potter -- which was challenged most often on the grounds of being anti-family, satanic, and offering a non-mainstream religious viewpoint" become any less objectionable in the intervening years? No, but then it was never objectionable; there was such a mania for all things Harry Potter in the early oughts that any group wanting a publicity bump could announce a protest or file a challenge and the media would come running. But now? Not so much.

Give it another few years and Collins' trilogy will most likely go the way of Philip Pullman's The Golden Compass (number 4 in 2007, same year its film adaptation was released, then off the list) and  Stephanie Meyers' Twilight series, which was number 5 in 2009 and number 10 in 2010 and hasn't made the list since then.

Incidentally, I just started Jonathan Riley-Smith's The Crusades: A History, and man is that a book rife with anti-family and anti-ethnic activities, discussions of non-Christian religions and violence. You should expect to see it on the 2014 most-challenged list, but only if Zac Efron or Cam Gigandet stars as King Baldwin in the film version next year.