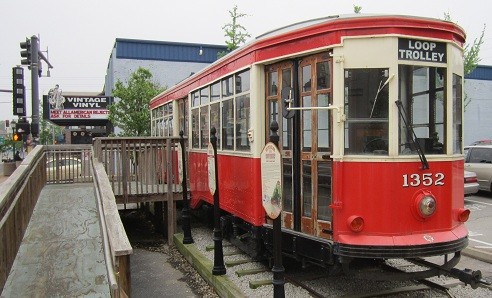 Well, howdayalikedat? Apparently the Loop Trolley project has abandoned its plans for new streetcars that would run on batteries and electric. Instead the $43-million initiative -- slated to break ground this year -- will use salvaged electric street cars from the mid-1900s.

Loop Trolley organizers already have acquired two of the streetcars needed for the project. They're the ones that have been sitting in the Delmar Loop (above) and in front of the History Museum for the past several years.

Those trolleys were both purchased for $600,000. Hybrid electric/battery streetcars can cost three times the amount of renovated trolleys, according to the Post-Dispatch.