Is anybody in America more hospitable to small tobacco companies than the Show-Me State?

Not only do we levy the lowest cigarette tax in the entire nation (a paltry 17 cents per pack).  Our legislature is the only one that forces Big Tobacco to cough up payments for smoking-related health costs but still lets generic cigarette brands off the hook.

In so doing, we've frustrated Big Tobacco to the point that they're now dragging us into legal proceedings to "claw back" their payments, which could eventually total $1 billion, according to Attorney General Chris Koster. Arbitration begins in just a few weeks.

"Simply put," wrote Koster in a January letter to lawmakers, "the General Assembly's inaction over the last decade has placed our state in terrible and unnecessary peril."

The trouble began over a decade ago with the so-called "Master Settlement Agreement" (or the "MSA," as folks call it).

In the nineties, Missouri and 45 other states sued tobacco companies. They wanted money to help treat people with diseases caused by ciggies and chaw. The parties struck a deal in 1998: Big Tobacco would teach citizens about smoking's ills, halt all advertising to kids and pay some hospital bills (to the tune, in Missouri, of about $150 million each year). 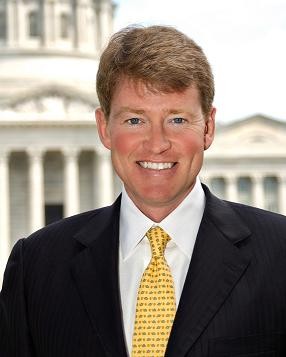 But not all cigarette-makers agreed to this. Some of the smaller ones refused. And their refusal gave them a competitive advantage, not to mention the ability to blacken lungs with impunity.

In response, the 46 states agreed in the MSA to enact "escrow statutes," which basically required the generic brands to set aside money in third-party accounts, in case of future lawsuits.

At last! The states had finally secured funds to treat tobacco-related illnesses from the entire tobacco industry! Right?

Wrong. There was a loophole for the little guys, Koster explains.  The language of the escrow statutes allowed generic brands to concentrate their sales in just a few states -- Missouri among them -- and retrieve their escrow payments every year.

Legislatures in every MSA state figured this out and closed their loopholes -- except Missouri's legislature, which to this day, Koster says, "stands alone in its coddling" of the generic brands.

Thus, small tobacco companies now sell a large portion of their smokes in Missouri, set aside some $45,000 in escrow each year (in case they're sued for sickening Missourians), but then get it right back.

Of course, losing a mere $45,000 to them isn't the problem. The problem is that now, big tobacco firms want their money back, too.

Big Tobacco is accusing our state of violating the MSA by not enforcing our escrow statute on their smaller competitors. They want a refund for only those MSA payments they made in 2004, Koster writes, which would total more than $100,000. But if they win arbitration -- expected to finish by July -- RJ Reynolds et al will "surely" sue for all the years up until now. And that, friends, could total more than $1 billion.

Worse still, the "dire" situation caused by "legislative inaction" cannot be fixed, Koster concludes. It's too late. We can, however, cover our rear-ends going forward -- as every other state in the MSA has done.

But has anybody in Jefferson City even bothered to try? 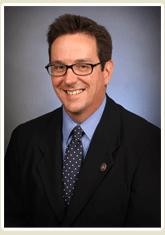 Senator Kurt Schaefer (R) has taken up the mantle this session. It's too early to tell what will happen, though if history is a guide, the answer is: Nothing.

Last session, Representative John Diehl (R) filed a bill to close the loophole, but after it passed through two different committees, it was laid over. We'd like to ask him why, but he hasn't responded to repeated phone calls from Daily RFT.

Senator Mike Parson  (R) proposed his own identical bill in 2011 as well. His didn't make it very far either.  A committee hearing was canceled in April, then again in June.

Curiously, within three months, Parson's campaign had received $4,500 in contributions from at least two self-proclaimed opponents of the measure: Cheyenne and Xcaliber, both small tobacco companies.

Were these contributions a thank-you to Parson for not pushing too hard? Or a thank-you in advance for not pushing ever again? Or none of the above? We don't know, because Parson wouldn't call us back, either. (Though if he does, we'll update this post.)

Maybe we shouldn't single out Parson. At least he tried. Why are the Republicans the only ones attempting to remedy this alarming situation? Where have the Democrats been on this?

Since 2002, Governor Jay Nixon (as Attorney General) and his successor Koster have asked the General Assembly on multiple occasions to fix the mess once and for all. Daily RFT asked Koster via e-mail: Why have our lawmakers failed to act?

Gee whiz. Hundreds of millions in liability stacking up and nobody wants to talk about it.

Must be nice to be a small tobacco company operating in Missouri.

Smoke if you got 'em! (They're cheap around here.)