SaveMore.Com: Another Daily Deal Site Runs Afoul of the BBB 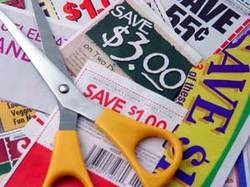 SaveMore.com, a Texas-based daily deals site, has had more than 1,000 complaints from 45 states filed against it in the last ten months, according to the Better Business Bureau. The business currently has an "F" grade with the BBB, the lowest possible ranking. That's quite an achievement for a business less than a year old.

But perhaps it shouldn't be a surprise. Save More LLC lists Augur, Inc. as the business manager, which is a company owned by Douglas Van Arsdale. Van Arsdale last made news in Missouri when Attorney General Chris Koster sued his debt-settlement business, Credit Solutions of America, for reneging on promises to get clients out of debt. Save More LLC shares the same Dallas address as Credit Solutions of America.

The Better Business Bureau's alert comes barely a month after locally-based St. Louis Daily Deals folded, leaving both clients and customers on the hook for coupons sold and never delivered. As we noted when reporting that story, neither SaveMore.com nor St. Louis Daily Deals are affiliated with Voice Daily Deals, the coupon service operated by the Riverfront Times, which continues to offer spectacular bargains with local businesses.

As far as SaveMore.com goes, the company's website is still active, with today's deal being for Electronic Skins. The BBB urges all consumers to exercise caution when doing business with third-party coupon discounters, and to research the company using the BBB's online reporting tool, available here.