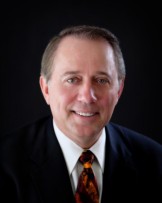 Instead of trying to tax strip clubs $5 per patron in order to fund aid to sexual assault victims, Illinois state senator Toi Hutchinson may instead propose raising the funds by levying an annual licensing fee against the clubs.

Ocello met with Senator Hutchinson on Thursday. He declines to tell Daily RFT how much the licensing fee might be. An aide to the legislator also declined to float a dollar amount, explaining that the negotiations have just begun.

Both sides cite a study done by the University of Texas at Austin. (Down in that state, a very similar law recently survived a First Amendment challenge, but the adult industry continues to fight it on other grounds).

We've already blogged about how the senator and lieutenant governor point to the study's finding that strip clubs correlate with sex crimes. However, Ocello points to a different and seemingly contradictory finding in the study:


There is a lack of consensus about whether sexually oriented businesses harm or benefit communities and those who work in the industry. While positive and negative secondary effect have been documented, it is also clear that many studies lack methodological rigor, and without empirical evidence, authoritative conclusions are easy to draw.

Below is the info packet Ocello brought with him to the March 6 hearing before the Public Health Committee in the Illinois Senate: