The Blues Lose a Heartbreaker in Chicago 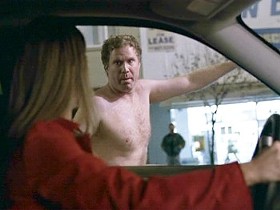 All the streaks came to an end for the Blues last night in the United Center as they lost 4-3 in a shootout to the Chicago Blackhawks. It was one of the more painful losses I can recall seeing this season, as the Blues through the first two periods looked poised to steal a road game from the 'Hawks despite being badly outplayed. Jaroslav Halak was brilliant, stopping shot after shot after shot after shot, and came very close to winning a second straight game almost on his own.
Then the third period came around, and everything went wrong. Halak couldn't keep standing on his head forever, and the Blues just couldn't find a way to push one more goal home against Corey Crawford, who replaced Ray Emery after the first period.
The Blues didn't play well enough last night to win. All the same, seeing them snatch defeat from the jaws of victory was as frustrating an event as I can recall since Ken Hitchcock came to town all the way back in November.
Two big streaks came to an end in Chicago last night. The Blues' near-historic run of killing penalties finally died in the third period, when a Brent Seabrook slapshot got past Jaro to tie the game at three a side. That goal ended the Blues' run at history, as they saw their penalty kill streak stopped at 51. The all-time NHL record is 53, set back in 1999-2000 by the Washington Capitals.
The other streak to come to an end was the Blues' streak of winning games in which they score three or more goals. Last night was the first game of the season in which the Blues netted three goals and lost the game. The first. Then again, a streak is only as good as the season it comes as part of, so perhaps it's best we don't have to talk about those statistics anymore.
The United Center has been a house of horrors for the Blues this year, and you can add last night's contest to the grisly record. For the first period, while the Blues were outshot overall, they played a fantastic game. Ray Emery didn't play well in goal for the Blackhawks, but the three goals scored against him had more to do with quality chances and quality shots than a goalie giving up a couple quick soft ones. The for the next 40 minutes the Blues were listless, passive, and got themselves run off the ice.
In spite of it all, Jaro nearly pulled out another one, saving 43 of 46 (!) shots. I know first stars of the game don't often go to players on the losing side of the game, but Halak really deserved the number one spot last night. His team let him down and hung him out to dry with weak puck possession, sloppy fundamentals, and porous defense. And Jaro almost won the damned thing anyway.
Speaking of streaks, there is one nice, albeit relatively short, streak which continues last night. Patrik Berglund scored a goal and collected an assist last night, giving him points in his last four games. I have to admit to being fascinated by Berglund in spite of -- or perhaps because of -- his inconsistency. I see a player with such massive talent that if he ever puts it all together could be one of the top forwards in the league. Whether or not he gets there is anyone's guess. But I'm glad he's still wearing the Note after so many around town were desperate to see him elsewhere at the trade deadline.
In the end, it was just one of those nights. The Blues have been unbelievable lately, but they appear to be hitting the wall a bit. More importantly, we should all pray they don't have to see the Blackhawks come playoff time, because I just don't know if this team can play well enough in the United Center to win a series there.
It was just one game, and this bunch has proven time and time again they are nothing if not resilient. Another game like that one and I may start to worry. For now, though, this is still one of the best teams I can recall seeing in a very long time. Even if they don't have any streaks on their side any longer.