Can a Clinically Delusional Person Pretend Not to Be Delusional? 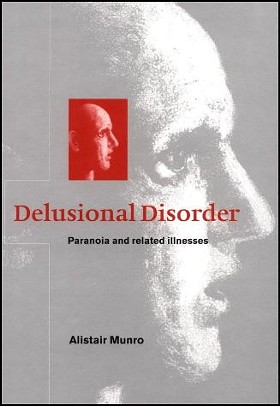 Our feature this week is about a guy who government psychiatrists have diagnosed with "delusional disorder, grandiose type."

Despite the fact that he's never raced competitively, he believes himself a world-class cyclist, and has repeatedly threaten to murder those who seem to have gotten in his way.

But he's also a bright person, by all accounts. So Daily RFT wondered: If you're delusional, can you realize it? And if you realize it, wouldn't you stop believing the delusion? (A similar thing came up in A Beautiful Mind, you may recall).

So we interviewed Dr. Alistair Munro, a professor emeritus in the psychiatry department of Dalhousie University in Nova Scotia, who wrote a book on the subject.

Daily RFT: Is self-awareness possible with this diagnosis?

Dr. Alistair Munro: One outstanding characteristic about the illness is the person's denial of it, although that denial is not always complete.

Often the delusion is all-consuming while the person is fixated on it. But there may be periods when the belief is not so front-and-centre and then it's sometimes possible to discuss the delusional material. In some cases, the individual may even concede that the beliefs are unlikely. Nevertheless he/she will always find a justification to defend them and act them out.

Psychiatrists have suggested that, particularly with grandiose delusions, the sense of self-importance and even exaltation may be a perpetuating factor. But I think this illness basically exists at a biological, rather than a psychological, level. 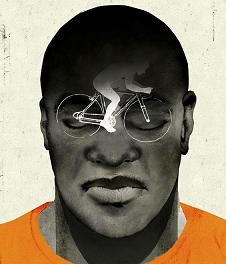 Is it possible for someone with the disorder to lie about their delusion? Could they, in theory, pretend not to suffer from it?

Many DD patients do have the ability to conceal their strange ideas and, at least for a time, suppress any overt acting-out. However, the more urgent the beliefs, the more likely is the person to express them, even in the most inappropriate situations.

Worst-case scenario is when the person acts the delusions out in an antisocial, violent way, often having an explanation for this behaviour which he firmly believes but no-one else can.

What effect does intelligence have on delusions? Specifically, what if the person with this diagnosis is very intelligent? What kind of behavior would you expect to see?

In general, intelligence affects the content of the delusion rather than the form of the illness. As you might expect, a highly intelligent individual will have much more subtle beliefs and justifications and will be able to act out more subtlely, whereas a person of limited intelligence will have a simpler, more concrete, set of beliefs.

I have seen patients from a variety of ethnic and social backgrounds and I have been impressed by how true the illness's form remains despite variations in cultural and intellectual background.

Just to confirm what I read in your book: The research and literature on this particular diagnosis is scant because the diagnosis is so rare? Do you have any sense on how much more rare it is than the other types (persecutory, jealous)?

My belief is that the illness is not that rare but that it is rarely diagnosed.

Many individuals are sufficiently well held-together to avoid getting into trouble or being forced to accept treatment. I suspect that a study of loners, eccentrics and consistent troublemakers would show up a significant number of cases of DD, as would a study of dictators, demagogues and unscrupulous tycoons.  I think that serial murderers and people who commit unprovoked mass murders  may also have a high proportion of DD sufferers in their midst.

Also, psychiatrists in general are not well-schooled in diagnosis and, in addition, have accepted an old canard from the psychoanalytic school that 'paranoia' (i.e. DD) is untreatable and occurs in nasty people you wouldn't want to deal with.

I am willing to bet that our prisons have a significant number of cases within them. The grandiose form may be misdiagnosed as mania or delirium, but I think that, again unless the behaviour becomes actively antisocial, it may just be put down as noisy and a nuisance.