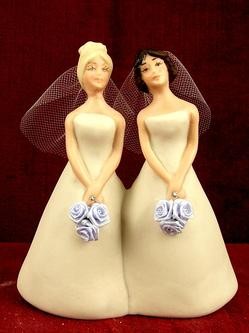 Not this bullshit again. The Westboro Baptist Church -- those laughable scamps with the collective IQ of a single beet -- announced on their blog that they're delighted that six people were killed by the tornado that touched down in Harrisburg, Illinois on Wednesday, February 29. So happy are they, in fact, that they're making plans to protest those victims' funerals.

Seriously, look at the entries on that blog. "Praise God for Killing UK Singer, Davy Jones!" "Thank God! 1 Coast Guard Member Dead, 3 Missing After Helicopter Crashes in Alabama!" "Praise God for Sending the Shooter to a High School in Ohio -- 1 Dead, 4 Injured!" It's like reading TMZ, if TMZ were written by a brain-damaged, necrophiliac zealot with an exclamation point fetish.

Does anybody take these shit-lickers seriously anymore? They claimed they "picketed" Whitney Houston's funeral, but were quickly exposed for Photoshopping protestors into a press photo of the funeral procession. Apparently these lazy fucking bigots disgust themselves so much they'd rather not show up to their own picket.

And according to the WBC's main website, they've neither issued a press release confirming their Harrisburg plans, nor do they have any pickets scheduled at this time. What's going on over there at dipshit central -- are they so busy frothing at the mouth about Davy Jones that they forgot to update their calendars?

Or is that they're just loud-mouthed bullies who spout so much shit even they can't determine what they're talking about anymore? I'd like to believe that, but they're probably just too fucking dumb to check with their dispatcher before they fire off another turd-in-cheek message to a country that's grown increasingly tired of their grinding stupidity.