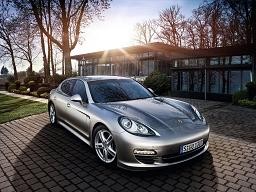 The feds may or may not prove their indictment against Dunard Morris, who until late last year served as CEO of Metropolitan Urological Specialists in St. Louis County.

But sweet bejeezus, he loved the flossy flossy!!! And he claimed to be a war hero, when in fact, he was not.

And now his jet-setting lifestyle -- which included a luxury condo, Swiss watches, high-end guns, big tabs at fancy restaurants -- has gone straight down the toilet.

Morris is apparently in Arizona now, but was charged yesterday with three counts of mail fraud, two counts of wire fraud and a final count of "stolen valor" for falsely claiming to be a recipient of the Navy Cross (he did serve in the Marines, but was not "honorably discharged").

Through a series of "deliberate falsehoods, material omissions and other deceptive practices," the government says, he was able to embezzle all the money and keep the doctors in the practice at bay.

Specifically, the U.S. Attorney alleges that he did the following:

According to the Post-Dispatch, which sniffed out this case early on, the feds are working with Morris' attorney to persuade the man to turn himself in.

They've already seized a bunch of stuff from him. For the full (and quite impressive) list, see pages nine through twelve of the indictment below:
Dunard Morris Indictment