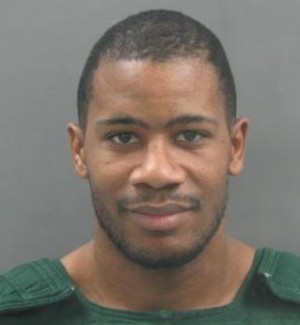 A St. Louis man who authorities say terrorized his wife and daughter -- and the family pet -- on Sunday was charged this week with kidnapping, assault and and a slew of other crimes.

Antonio Green, 26, allegedly kept police at bay in a stand-off when they first arrived to his home in the North Pointe neighborhood around 1:10 p.m. February 26. He surrendered peacefully a few minutes later, but inside the home all hell had broken loose.

Police discovered that Green's wife and daughter had both survived being shot with a starter pistol -- the daughter taking it in the head. Green had also allegedly doused them both with lighter fluid. The girl had also been hanged by the neck with a leash. The family's bird, perhaps, took the worst punishment.

Police discovered it dead and mutilated.

Authorities rushed mom and daughter to an area hospital where the daughter remained under observation this week.

Along with the kidnapping and assault charges, Green stands accused of armed criminal action and animal abuse. He's being held on a $1 million bond.