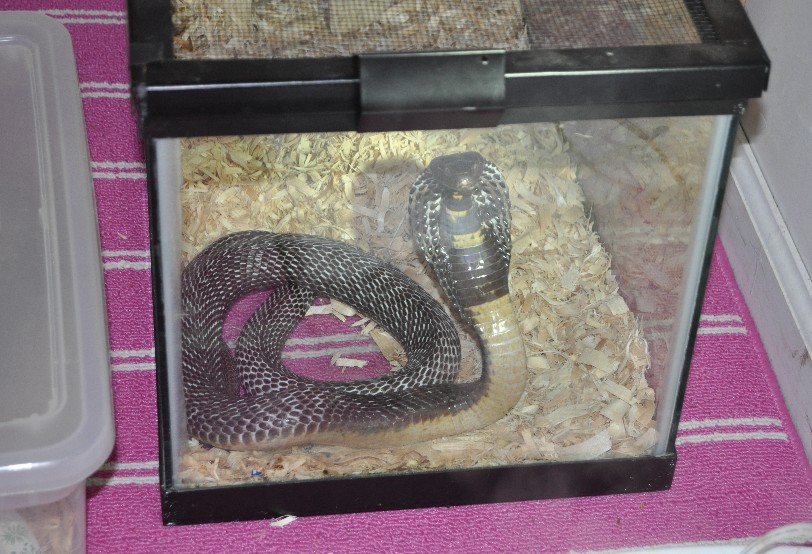 Acting on an anonymous tip, Palmyra Police raided the home of Brandon Boyles on January 30 and discovered more than 30 exotic animals in his keeping, including a six-foot-long alligator, poisonous snakes and constrictors (one measuring thirteen feet long), and some spiders and scorpions.

According to Palmyra Police Chief Eddie Bogue, possessing exotic animals is prohibited within Palmyra city limits, but you can have them in Marion County if you register them with the county sheriff's office. Boyles was fined for his collection of exotics, and they were all removed from his home by state conservation officials and a team from our own St. Louis Zoo.