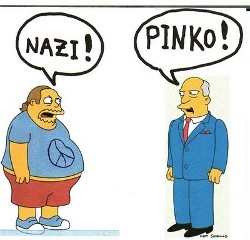 Rep. William Lacy Clay, who represents parts of St. Louis and north St. Louis County, shared the "most liberal" tag with eighteen other congressmen, cementing the notion that the city is among the most staunchly Democrat in America.

Otherwise, Sen. Claire McCaskill did her part to reinforce the notion that Missouri, long considered a purple swing state, sits in the middle of the partisan divide. The one-term senator from Columbia scored No. 50 out of a 100 on the liberal-conservative pendulum.

The Journal tallied its rankings based on 2011 voting records on economic, social and foreign policies. Following is a list of other local pols and the rankings they received.