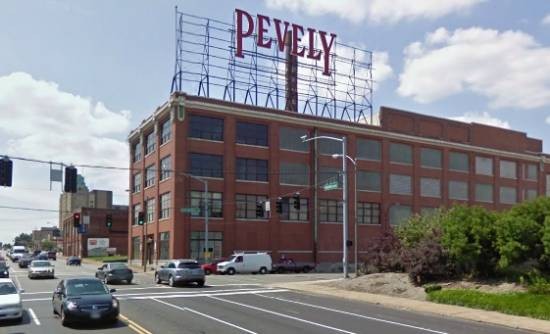 Saint Louis University President Reverend Lawrence Biondi last night told the city's planning commission that unless SLU received the necessary permits to demolish the historic Pevely Dairy complex at Grand and Choteau, he would be forced to shut down the SLU medical school and move everything out to west county. After all, Biondi noted, Maryville University extended an invitation to SLU to do just that -- 35 years ago.

What was next, a threat to hold his breath till he passed out if they didn't let him tear down the buildings?

The planning commission quickly voted to grant Biondi's wish, thereby insuring that the Pevely complex is not long for this world. But how realistic is that threat?

SLU has numerous buildings on Grand between Choteau and I-44 -- 29 of 'em, according to the campus map, along with 23 parking garages and lots. Does anyone truly believe that Biondi would rather abandon those 29 buildings for the sake of the property on that corner? The future success of SLU's medical school hinges on the Pevely site -- who knew?

SLU also owns the open lot across the street from Pevely that preservationists contend could be the site of SLU's proposed ambulatory care center. SLU's project architect, Steve Smith, told KMOX that's not feasible because it's unrealistic for doctors to walk across the street:

"They can't be crossing Chouteau. We don't want them hopping in their car and driving. This is intended to be a walkable campus."