Devon Alexander and Co. Hit the Mitts for the Cameras

The spectacle is underway. Yesterday Devon Alexander, Marcos Maidana, Adrian Broner, and Eloy Perez shadowboxed and hit the mitts in front of fifty or so reporters, fans, and miscellaneous spectators at the Cherokee Recreational Center. These media workouts are a traditional feature of fight week. A chance for the public to make final assessments on the fighters, note any nervous tics or hanging fat.

On Saturday night, Alexander will fight Maidana, with Broner and Perez duking it out on the top undercard. For more on Alexander, see this week's feature story, Familiar Ring.

And for anyone interested in making those final assessments second-hand, here are some pictures: 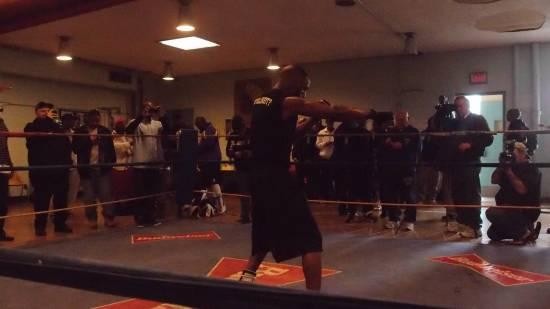