Updated at 9:45 a.m. with response from city counselor Patti Hageman.

In a ruling February 17, Judge Mark Neill upheld a partial judgment he made last May that found the city improperly enacted its red-light camera ordinance without enabling legislation from the Missouri legislature. Over the past nine months, the judge heard nothing from the city that would change his initial opinion from last spring.

St. Louis attorneys had argued that they did not need state approval because the cameras were a legitimate exercise of police power related to the health, safety, peace, comfort and general welfare of city inhabitants. But Judge Neill noted that the cameras do "nothing to regulate and control the streets or traffic" (ie. prevent accidents and improve safety) "and the city presented no evidence to the contrary."

Judge Neill also found that the city violated due process in the way it mailed citations to those whose cars were photographed running red lights. Recently, the Missouri Court of Appeals ruled in favor of the St. Louis suburb of Creve Coeur in a similar lawsuit questioning due process. But Judge Neill noted in his ruling last week that the case in St. Louis was different from the one in Creve Coeur. While both cities claim their red-light cameras citations are "civil" in nature, the Creve Coeur ordinance specifically states that violators cannot face jail time if they ignore their citation. St. Louis' ordinance has no such clause.

Moreover, the St. Louis citations do not offer car owners a clear way to defend themselves. Noted Judge Neill: 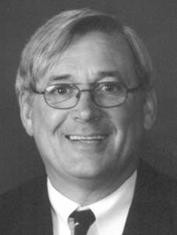 The court finds that the city's red light ordinance violates procedural due process and plaintiffs are entitled to summary judgment."


The case was first filed two years ago when lead plaintiff Alexa Smith and others protested the citations they received in the mail. Smith's attorney, Russell Watters, initially sought a $10 million judgment from the city, based on the estimated 10,000 people at the time who'd paid the $100 fine for having their cars caught on film running a red light.

But in a win for the city, Judge Neill ruled that Smith and others were not entitled to a refund of their citation because they gave it up voluntarily. Neill further dismissed Smith's claims of "unjust enrichment" on behalf of the city for collecting fines from the cameras. Neill also struck down (sort of) the plaintiff's request for a permanent injunction that would prevent the city from enforcing its red-light ordinance.

Neill reasoned that since the ordinance has been declared void, it cannot be enforced. Therefore there is no need for the injunction.

The city says it plans to appeal Neill's order.

"Friday's ruling has no impact on the current operation of the St. Louis City's red light safety camera program. We had been waiting for a final judgment from the trial court so that we could appeal, and we now have that," said city counselor Patti Hageman in a statement emailed to Daily RFT. "We believe Missouri law is clear that Missouri cities, including St. Louis, have the right to enact red light safety ordinances such as this one, and we look forward to bringing this case to the appellate courts."