The Playboy Playmates of North County

Last week's RFT feature story, "Where You Should've Gone to High School," had one of our readers traipsing down memory lane.

He wrote in to inform us that while north county schools today may be associated with football and muscle cars, there was a time in the 1970s and '80s when the high schools north of Page Avenue were known for something else -- producing stone cold foxes.

They begin with Patti McGuire a graduate of Hazelwood Central who debuted as a Playboy Playmate in November of 1976 and was later named Playmate of the Year in 1977. McGuire went on to marry tennis star Jimmy Connors.

She would not be the last north county Playboy star to marry a famous athlete.

Janet Jones attended Pattonville in the late 1970s and later went on to marry hockey's Wayne Gretzky in 1988. A year earlier Jones appeared in the following semi-nude pictorial in Playboy. 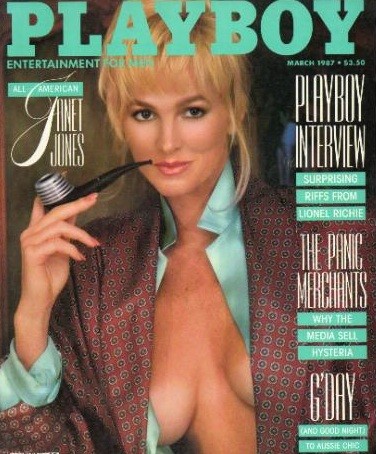 And then there was our reader's "favorite." Ruth Guerri (below) graduated from Normandy in 1976 and appeared as Playboy's July 1983 Playmate. Two years after graduating high school, she also appeared in a feature film, Stingray, in which, according to IMDB.com, she played the role of the "naked girl with boyfriend who gets her motorcycle stolen."

And if that isn't high praise for a Normandy High graduate, we don't know what is!