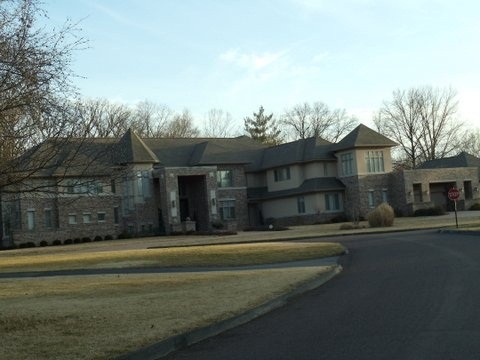 You may have heard last week about Abid Nisar, a local oncologist who pleaded guilty to selling off-brand chemotherapy drugs not approved by the Food and Drug Administration. But have you seen his outrageous Town & Country abode?

According to a federal indictment, Nisar began purchasing unregulated drugs for his cancer patients in 2010 at steep discounts compared to FDA-approved medicine. Many of the drugs were manufactured in overseas factories without FDA oversight and often arrived stateside with foreign-language packaging. Nisar (with offices in Florissant, Granite City and East St. Louis) then billed Medicaid and Medicare for reimbursement for the drugs he gave patients, failing to mention to either agency the illegal source of his medicine.

So, why would a doctor living in the $2 million mansion above need to orchestrate such a scheme?

That part is left unsaid in court documents, though the 60-year-old doctor has been in the news one other time in the recent past. In 2009 the Post-Dispatch reported that Nisar was himself a victim of a real-estate scam that cost him $200,000. "I thought this was a land of law," Nisar complained to the paper at the time.

Nisar built his Town & Country manse in 2007, according to property records. The home boasts six bedrooms and eight bathrooms.