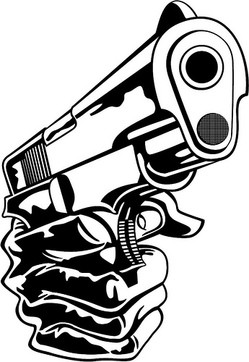 Columbia police announced last night that they have two suspects in custody in connection with Sunday night's one-sided gun battle at Chuck E. Cheese. One of the pair is an adult, and the other is a juvenile, but police have released no other information about the two, other than to clarify that they're locals and not Mizzou or Patricia Stevens students. (That was obvious -- those Pat Stevens ladies are more straight razors and head-butts, in my experience.)

Police will say, however, that these two are involved in the string of eleven shootings that have taken place in Columbia since January 24. That's a hell of a lot of shots fired in a central Missouri college town, isn't it? It's almost beyond belief, but nobody has been wounded in any of these extremely sloppy public shootings. Police have determined that seven of the eleven incidents are related, but they don't know a motive.

Is it target practice? 'Cause they should be working on their grouping something fierce.