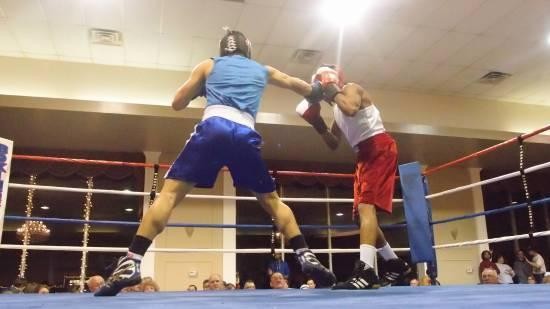 It's fight week. Just five days until Devon Alexander and Marcos Maidana square off at Scottrade. But one shouldn't just jump right into the spectacle when the robes are off and the bell rings. Big time prizefights are best enjoyed with due time, heavy lead-ups to build up the hype and sufficiently ease into a boxing state of mind by fight night.

So as a bit of primer, let's kick off the week the way Alexander and Maidana kicked off their careers all those years ago, with the headgear and shortened rounds of amateur boxing.

On Friday, the top rookie fighters in the region competed in the St. Louis Novice Golden Gloves tournament finals. The novice division is for boxers with less than ten fights on their resume. This inexperience, though, did not mean a lack of excitement. Many of the nineteen contests featured rousing exchanges and sound tactical shifts.

Here are the results, with champions in bold: