The Smoking Wars: In Indiananopolis, A Smoking Ban Much Like Ours Failed to Pass 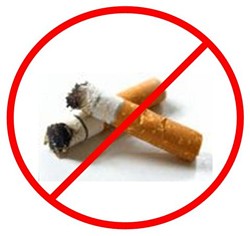 In 2009, Indiana had the second-highest smoking rate in the nation. Legislators felt compelled to come up with a smoking ban that was both workable and effective.

But as Abdul-Hakim Shabazz at NUVO, Indy's alt-weekly newspaper, reports, left to their own devices most politicians are capable of screwing up the law-making quite easily -- even if they're the ones who propose it.

The short version, and the part that's most relevant to St. Louis' ban, is that someone on the city council wanted to have everything their way, and use the process to handpick a new mayor.


[The] proposal would have eliminated smoking in bars and taverns, exempted tobacco shops, cigar and hookah bars and private clubs would have to vote on whether they wanted to remain smoke free.Had this measure been passed, smoke-free advocates would have gotten 90 percent of what they wanted.

One city club, the Columbia Club, often had children at events, and so one council member sought to remove all exemptions to "protect the children," and also fight some personal battles with the mayor.

The end result? Indianapolis currently has a pissed off mayor and no smoking ban. While here in St. Louis, we have a ban that's not perfect, but appears to be working with few hitches.