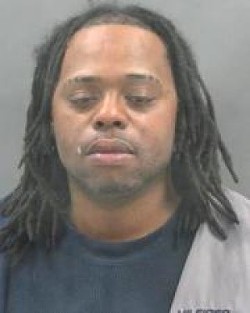 Danielle Johnson, 40, was the wheelman while another man jacked a retired Saint Mary of Victories chaplain -- outside of the church.

The priest was unloading groceries from his car outside Saint Marys (744 South Third Street) on Monday when an unidentified man with a gun stuck him up. The mugger took cash, personal papers, several Metro passes and Schnucks gift cards, but not the groceries. He then hopped in the waiting car and took off, but not without a witness running after them to get details and notice the driver.

That's because Johnson had accepted aid from the church in the past. Police found Johnson and he admitted he was the driver. He's now in custody and police are searching for the gunman.

Need I say it? The people at the church helped him when he needed it, and this is how he repays them. OK, I'll say it. Christ, what an asshole.