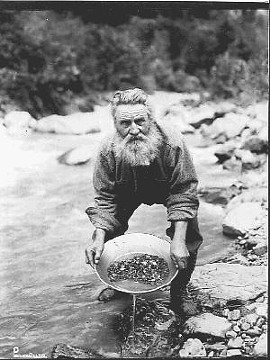 Keith Law, prospect guru extraordinaire over at ESPN.com, has released both his top 100 prospect list and his overall organizational rankings over the past few days. The Cardinals, formerly relegated to the lower reaches of such lists, come in as Law's fourth-ranked system overall, trailing only the Blue Jays, Tampa Bay Rays, and the Padres.
The Cards also fared extraordinarily well in terms of the number of their prospects who made it onto the top 100 list. The Cardinals placed six prospects in the top 100, equal to the Padres and Rays. The Blue Jays have five on the list; the Texas Rangers' perpetually stacked farm system contributed four. The Blue Jays and Padres both have incredibly deep systems, putting them above the Cardinals, and the Rays' recent bounty of high-round picks -- along with the presence of Matt Moore at the top -- give them enough elite talent to just edge out the Redbirds.
Both the organizational rankings and the top prospects list are behind the pay wall at ESPN, so I won't be quoting Law too very directly as to scouting reports and the like. I will, however, give you a few brief thoughts of my own.
The six prospects from the Cards' system to make Law's top 100 are:
Shelby Miller, RHP -- #5
Carlos Martinez, RHP -- #22
Oscar Taveras, OF -- #53
Zack Cox, 3B -- #66
Tyrell Jenkins, RHP -- #74
Jordan Swagerty, RHP -- #92
First things first: I love the ranking on Miller. Law has him as the top right-handed pitching prospect in the game (Matt Moore is the only pitcher higher), and I completely agree. He has the best combination of present stuff, ceiling, production, and proximity to the majors of any minor league hurler right now.
Martinez might actually be a little low, in my estimation. Law ranks a few 2011 draftees above him, and I'm not sure I agree with that. Martinez has better stuff than pretty much anyone drafted this past year, with the possible exception of Dylan Bundy, and has more of a track record as well. Personally, Carlos would probably be a little higher on my list.
Taveras is another player I would rate more highly than Law. Keith has expressed in the past he has concerns about Oscar's swing, saying it's overly violent and max-effort all the time. I don't agree with those concerns. I do think Taveras will end up in a corner outfield spot long-term, rather than playing center, which does knock him down a peg or two.
Zack Cox ranked at 66 is very aggressive, and while I like seeing it in terms of Cox's potential trade value in the relatively near future, I just don't think nearly as highly of Cox as this. He wouldn't be in my personal top 100 at all. He has the ability to hit for average, but I don't see the power as ever developing to even solid-average levels, his plate discipline is mediocre, and while his defense isn't bad it also isn't a tool that's going to help pull the rest of his game up.
Jenkins I'm a huge fan of, and think he'll be much higher on all these lists next year. That being said, he has only one season of pro ball, and it was in a short-season league at that. He needs to show at a higher level before I would really argue too vehemently for a more aggressive ranking.
Swagerty at 92 honestly surprises me. Law likes him quite a bit more than most other sources I know of. I do like the stuff, but I worry about the delivery. For me, Swagerty is probably a reliever long-term, and while I think he could be a very, very good reliever, he's still a reliever. I don't know if he would be on my top 100 list or not.
One player I would include Law doesn't have on his list is Trevor Rosenthal. He has a bigger arm than Swagerty and put up solid numbers last year at Quad Cities with peripherals to suggest he really should have had even better stats. I know Law was never a fan of the Kolten Wong pick in this last draft, but I would put him on any list I was putting together, particularly over Zack Cox. To me, Wong and Cox are very much the same hitter, but Wong plays the more premium position and, in my ever so humble, has the better approach to boot. And they both have hilarious names, so there's really no advantage to be gained there.
So compared to Law, I would probably bump Martinez and Taveras a little upward and replace Cox and Swagerty with Wong and Rosenthal. Jenkins and Shelby are right where I would have them, I think.
It's a good list overall, and reading Law's insights and scouting reports is always worth the price of admission. In fact, if the price of admission is an ESPN Insider account, I'd say you should just go ahead and pay that price right now. Okay, plug over.
Seriously, though, this is just another in a long line of analysis vindicating the work the Cardinals have done rebuilding their farm system the past few years. Of course, whether that remains true now that Jeff Luhnow has flown the coop for Houston is anybody's guess.