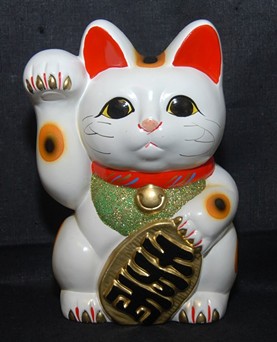 I don't know how I managed to miss this story when it first popped up, but former Cardinal hurler Brad Penny agreed to a deal with the Fukuoka Softbank Hawks of the NPB (Japan's major league), for the 2012 season.
The contract, worth a reported $4 million plus another potential $3.5 million in performance bonuses, is believed to be the largest ever given by a Japanese team to an American pitcher on his first NPB contract.
It's been a bit of a rocky road for Penny since hitting a grand slam for the Cardinals back on the 21st of May in 2010. Through that point in the season he had been a revelation, posting an ERA below 2.00 through his first seven starts; unfortunately, that grand slam proved to be his final plate appearance wearing a Cardinal uniform. He left the game shortly thereafter with a pulled muscle in his back and was never seen in Cardinaltown again. He pitched last year for the Detroit Tigers, throwing a full season's slate of 31 games, but struggling to the tune of a 5.30 ERA. He broke off his engagement to Karina Smirnoff in December. And now he's headed across the Pacific to pitch in Japan. Funny how quickly life can throw you a curve, isn't it?
Two thoughts immediately occurred to me upon hearing of Penny's decision to pitch in Japan.
One, I'm really shocked no major league team has ever tried to sign Penny to work as a closer for them. I'm sure I'm not the only one who recalls his starting appearance in the 2006 All-Star game, when he struck out Ichiro, Derek Jeter, and David Ortiz in order with nothing but high-90s gas. It was one of the more impressive performances in an All-Star game I can recall by a pitcher, probably second only to the Pedro Martinez game in 1999.
Of course, since the time Penny struck out the side in '06 his fastball has certainly lost a little something. The velocity still seems to be there, as he was still pitching into the mid-90s consistently with the Cardinals, but something is clearly lacking. His strikeout rate fell all the way to just 3.7 per 9 inning last season, a rate with literally almost no precedent for success. Still, it seems to me some team out there would have been interested in seeing if he could crank his heat back up in a single inning role. Then again, I suppose any team interested in finding that out probably wouldn't have been willing to offer anything close to $7.5 million for the privilege.
Two, there's a lesson to be learned here about the volatility of pitching performance, particularly when you're talking about a player who falls outside the absolute elite level of the game. Penny always had plenty of talent, but he never truly refined his skills to reach that elite mark his early season with the Florida Marlins suggested. He was always a good pitcher, a solid pitcher, but never a great pitcher.
As a fan of a team that has, in recent years, handed out multi-year extensions to both Kyle Lohse and Jake Westbrook, each of whom has had significant issues since, I can relate to seeing Brad Penny go from surefire rotation asset to Mr. Baseball in a relatively short amount of time. Too many things can go wrong for a pitcher to be handing out longish term deals to any but the true cream of the crop. Even then you have to contend with the spectre of injury, but level of performance you can expect with good health is enough to mitigate the concern a bit.
That's why it is so absolutely vital the Cardinals continue to develop their pitching through the minor leagues as they've been doing the past few seasons. Every Lance Lynn a team can produce is one Brad Penny they don't have to hand a three-year deal to.
At any rate, here's wishing success to Mr. Penny, who wore the Birds on the Bat for far too brief a time. Korekara mo Ganbatte Kurosai, Brad. (Oh, and feel free to critique my painfully primitive Japanese.)