Neighborhoods Across U.S. Are Growing More Diverse, But St. Louis Is Lagging 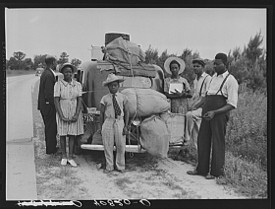 The Manhattan Institute, a conservative research foundation, released a large study this week claiming that the nation's all-black "ghettos" are dissolving and that American neighborhoods have never been so racially integrated since 1910.

Using census data, the authors of the report, titled "The End of the Segregated Century," found that only 20 percent of blacks now live in neighborhoods where 80 percent of the population or more is black, compared with nearly 50 percent who lived in similar neighborhoods a half-century ago.

"Ghetto neighborhoods persist, but most are in decline," write the authors, Edward Glaeser of Harvard and Jacob L. Vigdor of Duke. "For every diversifying ghetto neighborhood, many more house a dwindling population of black residents."

But the authors' own tables suggest that St. Louis, as anyone living north of Delmar Boulevard could tell you, hasn't exactly followed this trend.

Glaeser and Vigdor cited a list of the thirteen large American cities with the biggest African-American populations in 1970 -- a year when St. Louis ranked No. 9 on that list. The authors then tracked recent trends among all thirteen cities, comparing the integration rates of 1970 to those of 2010, using two separate measures.

In the category of "dissimilarity," or the proportion of a residents who would have to switch neighborhoods to give the city perfect integration, only New York City showed a smaller decrease than St. Louis over the last four decades. (In case you're wondering, the authors claim that 71.1 percent of St. Louisans would have to move in order to create racial harmony in the city.)

In the category of "isolation," which measures the tendency for members of one racial group to live in a neighborhood where their share of the population is above the citywide average, only New York, Philadelphia and Detroit showed smaller decreases than St. Louis since 1970.

To be fair, St. Louis has at least seen some improvement -- albeit slight -- in neighborhood integration since 2000, which can't be said of certain other cities like Boise, Portland and Manchester (New Hampshire), which have grown less diverse.

The three cities whose neighborhoods have seen the largest increases in integration over the past decade are York, Pennsylvania; Fort Pierce, Florida; and Hagerstown, Maryland.

Sam Roberts of The New York Times wrote a good summary of all this in a recent article. Roberts quotes Vigdor, of Duke, who admitted that the change in St. Louis over the years is "not very profound."

Roberts also quotes other social scientists and demographers who accept that the nation's neighborhoods have grown much more diverse, but caution that these home-dwelling trends do not mesh with achievement and employment gaps, which are still plenty wide.

Also, to add another caveat, many of the cities seeing more racial integration are in the Sun Belt, where waves of immigrants -- many of whom aren't white, but rather Asian or Latino -- have recently settled, swelling the population.

For your daily history lesson, segregation in the United States rose dramatically in the mid-20th century thanks mostly to black migration from the south. Several factors helped offset that segregation over the last 40 years, explain the authors:

Federal housing policy has shifted over time, away from actions that promoted or perpetuated segregation and toward actions that diminish segregation. Restrictive covenants and "redlining" are things of the past, and the Fair Housing Act of 1968 made housing-market discrimination illegal. More recently, the demolition of large-scale housing projects in major cities has accelerated a long process of population decline in former ghetto neighborhoods.