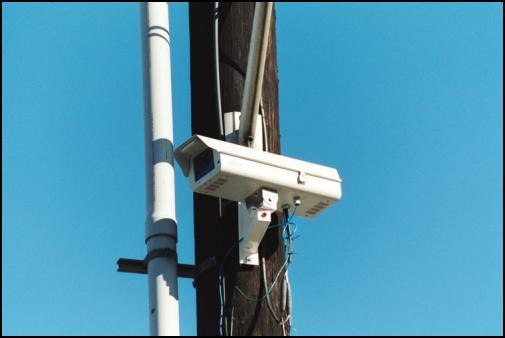 Representative Paul Wieland (R-Imperial) filed a bill in the Missouri House today that would regulate the use of "automated traffic enforcement systems," better known by most drivers as "those damn red light cameras."

Spurred in part by a suspected computer glitch that sent collection letters to thousands of Arnold citizens who had already paid their fines, Rep. Wieland introduced HB1528, "The Intersection Safety Act," with an eye towards establishing some regulations on how infractions are reported and how fines are collected and used. You might recall that Wieland issued a much more pointed bill concerning red light cameras back in February of 2011; HB406 would have banned the use of red light cameras completely.

"if we are going to have automated traffic devices in this state, repeat offenders should lose the privilege to drive, the devices should be regulated and fair to all drivers, the fines should benefit our schools, and finally citizens who pay these fines should not be harassed," Wieland said in his official statement.

Read on for the five provisions of the bill.

1.  Requires violations recorded by automated traffic enforcement systems be reported to the department of revenue for assessment of points.

4.    Prohibits political subdivisions from mailing fine collection letters one year from the date the violation occurred.

5.    Requires the Department of Transportation to promulgate rules and regulations relating to the use of automated traffic enforcement systems.

Number five there is the most interesting part of this bill. Since the legislature hasn't been able to agree on what to do or how to do it when it comes to red light cameras, making the DoT set the guidelines is a canny bit of politicking.