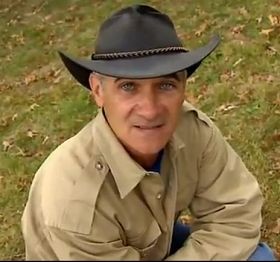 Pity the poor mole! It has no eyes, no ears, it has to live underground and now Stew Clark, director of research at Sweeney's in Kirkwood, has unveiled a brand spanking-new kind of trap that will gut an errant mole like a shish kabob. It's called the Deadset Mole Trap, and it took Clark five years to develop it. That's right, five years devoted to the cause of exterminating moles who have the temerity to dig their tunnels in human backyards.

Not that Clark hates moles, necessarily.

"They're very interesting animals," he says. "But if you like your lawn and the moles mess it up, then they're pests."

St. Louis, as it happens, is the mole capitol of the world. (Yet another thing to be proud of!) And how does Clark know this? "There's a national chain, Critter Ridder, that compared the revenue from mole work, and the revenue from the St. Louis office from mole control was ten times higher than anywhere else."

Clark believes St. Louis is so attractive to moles because of the high levels of moisture in the soil. "They're looking for a place to thrive. And St. Louis is good. Also France."

Even before he started designing the Deadset Mole Trap, Clark dedicated himself to serious study of moles. He considers himself one of the world's foremost mole experts. Although, he admits, "there are very few people who care about moles." He assembled a colony of moles for behavioral studies by placing ads on Craigslist. Ten years ago, when he first started, he would pay $50 per mole. (The market price has since fallen to $25.) "I had people calling asking if it was a joke. I said, 'No, I'm studying moles.'"

Clark discovered that moles like to move up and down through the earth, but their sweet spot is the top six inches. "Moles will eat anything in the top six inches of soil," he says. "Bugs, earthworms, anything."

"The Deadset Mole Trap is the coolest thing we've ever done," he says proudly. "First you smash down the roof of the tunnel. The trap goes in the earth. The spears sit on at the top of the ground. The mole encounters the depressed tunnel and tries to push the tunnel up again. It hits the trigger. It's a guillotine sort of thing.The spears come down and that's it."

Mole traps are nothing new, but Clark believes he's improved on the design. "Standard traps are clunky. They're hard to set. They're cheap, Chinese-made junk. Our trigger is easy to set. At every trade show we've gone to, people have purchased it, hardware stores and big chains like Lowes. They instantly get it."

In order to promote the Deadset Mole Trap, Sweeney's created a video, starring Clark, who looks quite dashing in a black cowboy hat and takes obvious glee in demonstrating his invention. It's easily the best promotional video we here at Daily RFT have seen in a very long time.

"I like to have fun and keep things light," the star says, when we ask him about it. "Moles can be really frustrating. You need to keep a good attitude."

And, finally, what do you do with a dead mole? "You can just bury the mole," Clark suggests. "Give it a decent burial. They like it underground, so leave 'em in there."