Ed Martin To Run for ... Something 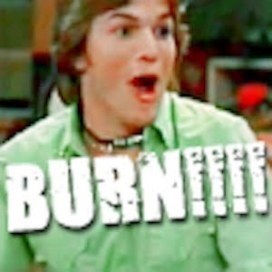 Republican Ed Martin has kiboshed his plans to run for Congress, because the Missouri Attorney General's job seems more appealing. Or more attainable, maybe. Martin has previously announced his intentions for Congressional seats in Missouri's 2nd and 3rd districts, as well as one in the U.S. Senate, making this morning's decision the third time he's changed horses midstream. There was talk of a governor's run for a while there, also. It's been a busy two years for Martin's press secretary.

The Missouri Democratic Party responded to Martin's announcement with a terse and tart official statement that finished with a flourish:

"We welcome Ed to the race for how ever long he decides to stay," said Caitlin Legacki, Missouri Democratic Party spokeswoman.