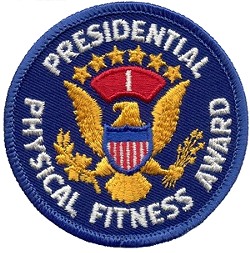 Fired Up Missouri recently pointed out some of the more inane bills proposed by our state legislature, and HB 1063, proposed by Rep. Pat Conway (D-St. Joe) is particularly egregious.

And I quote, "HB 1063 designates the exercise known as 'jumping jacks' as the official state exercise."

Rep. Conway, I'm a four-time winner of the President's Council on Physical Fitness award in this very state. I know jumping jacks. I've done jumping jacks. You, jumping jacks, are no sort of exercise.

In fact, in winning my four consecutive President's Council on Physical Fitness Awards, I seem to recall that jumping jacks were not part of the test -- they were what we did to warm up for the actual exercise. A little research confirms that they aren't part of the official criteria for minimum fitness. Hanging from a bar, however, is.

In other words, the 'jacks aren't even good enough for the Federal government, and if there's a lazier group of people in the country than them I'd like to see 'em.

Missouri is a proud, midwestern state. I acknowledge that the reasoning behind your bill, which is that this ersatz exercise was invented by native son General John J. Pershing, honors a bit of that heritage. It's a weird and empty sort of honor, but whatever -- on this side of the state we named a highway after Mark McGwire. But we can do better than this.

Push-ups, man. Let's make it push-ups. That shit is manly.