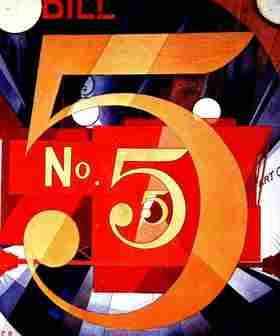 John Sickels, proprietor of the really excellent Minor League Ball, has compiled a ranking of all the farm systems in major league baseball. It's the first time he's done so, and he's quick to distance himself from anyone reading too much into the strict order of things.
So, reading too much into the strict order of things, the Cardinals check in at number five overall, behind the Blue Jays, Padres, Rangers, and Mariners. Considering the Cards just lost a big number five this offseason, I'll take any other fives I can get.
God, what an awful joke. I apologize, folks. That was just terrible. I wish there was some way I could make it up to you, like maybe offer a better joke as some sort of palate cleanser. Comedy sorbet, if you will. Sadly, I have no such cleanser to offer.
Anyway, John Sickels has been ranking prospects and analyzing systems for a long time, and he knows what he's doing. So what did he have to say about the Cardinals' system?
The comment from Sickels on the Cards' system:

"They don't get talked about as much as other systems, but they have a Grade A prospect in Shelby Miller and a lot of pitching depth behind him. I think this system is underrated."


A man after my own heart, is Mr. Sickels. After years of wandering in the wilderness, the Cardinal farm system has finally begun to really mature and make some serious strides toward the top. A couple of strong drafts, and the Latin American operations beginning to produce some potential impact talent (thank you Jeff Luhnow), has buoyed a system long fallow. This system still isn't thought of immediately when you talk about high-quality systems, just because it's so unusual for the Cardinals to be ranked up near the top like this. End result: underrated.
Sickels also put out his prospect rankings for each system over the previous few months; the Cardinals were covered way back in mid-October. He put the Cards' triumvirate of high-end arms (Miller, Carlos Martinez, and Tyrell Jenkins), all together at the top one-two-three and actually put Kolten Wong above Oscar Taveras, which I found a little surprising.
He said the following at the time:

"You have to love this system. You have three possible ace starting pitchers in Miller, Martinez, and Jenkins, and (Trevor) Rosenthal isn't far behind. You have pitchers who are ready to help right now with (Lance) Lynn and (Eduardo) Sanchez, and additional strong bullpen arms behind them."


And about the position players:

"The offense is thinner but still has potential, with Wong, (Zack) Cox, and Taveras all looking like big-league regulars eventually."

Always nice to get such praise, particularly from someone with the kind of track record Sickels possesses. Head on over to his site and check out the full ranking and comments. While you're there, order a copy of his prospect handbook. Trust me, it's worth it.