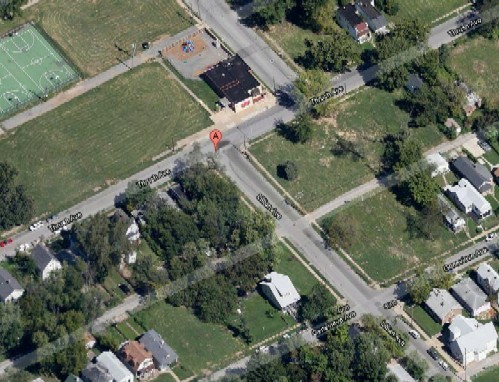 This is a strange one, even for St. Louis. On Sunday night just before 10 p.m., police received a call from a person claiming they were being shot at by two suspects in a black Pontiac Bonneville. The caller was not injured.

Shortly after the call was filed, officers in the 5000 block of Thrush Avenue (above) used spike strips to stop a black Pontiac Bonneville that was reported stolen. In the front passenger seat was the body of Deotray Tribbitt, 16, who had been shot in the head and was pronounced dead at the scene. The driver of the car, an as-yet-unidentified black male, 20, was taken into custody as suspect number one. Police then went back and arrested the man who made the initial call about being shot at -- an 18-year-old black male now in custody as suspect number 2. The investigation is ongoing.