January 20, 2012 at 7:31 AM
comment
Show-Me Cannabis Regulation activists plan to canvass the intersection of Main and Monroe streets tonight at 9:30 p.m. as a peaceful protest against two of its volunteers being cited by St. Charles police for "soliciting without a permit" shortly after midnight this past Saturday. 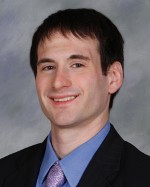 According to John Payne, Show-Me Cannabis Regulation's Saint Louis Regional Director, the two volunteers were soliciting nothing -- they were actually asking people to sign their petition for the legalization and subsequent government regulation of cannabis in Missouri. "The right to petition our government is the most fundamental right we possess as Americans and is part of the foundation of republican government. These citations will not deter us from exercising that right," Payne stated in the group's press release.

Show-Me Cannabis petitioners are a common sight in the RFT's neighborhood, but I'd yet to encounter them after midnight. Curious about the reason for the late-night run-in, I reached out to Payne for more information concerning the incident.

RFT: How experienced were these two canvassers?

Payne: One was relatively experienced as he had been circulating the petition for over a month and heading up a team of volunteers. The other had just been trained the previous Wednesday, so it was only the second time he had gone out to gather signatures.


RFT: Have you had people working in this part of town before? If so, were there any incidents with the public or police?

Payne:Yes, I had teams working Main Street in Saint Charles on weekend nights each weekend since the beginning of January completely without incident.


RFT: Is Main Street St. Charles that target-rich an environment on a Sunday night around midnight?

Payne:That stretch of Main Street contains the most numerous collection of bars in the city (or at least that's what my Saint Charles volunteers tell me; I don't spend much of my time in Saint Charles, either), so just after midnight on a Sunday is a great time to be out getting signatures from the Saturday-night bar crowd. (Remember, it was past midnight on Sunday, so it had been Saturday less than an hour earlier.)


RFT: Do you have more success gaining signatures during the evening/late night hours than you do during the day?

Payne: It really depends on the location. On The Loop or South Grand, the time doesn't seem to matter a great deal. However, Saint Charles is a relatively conservative community, so the canvassers have told me that they have greater success with the late night bar crowd, who tend to be younger than their early bird counterparts.


At the moment, the Missouri Civil Liberties Association (MOCLA) is considering pursuing a civil suit against the City of St. Charles "for violating the right of citizens to petition the government for redress of grievances" on behalf of the two volunteers.

Not to sound cynical, but a quick look at the map shows that the intersection of Main and Monroe is a scant two blocks from the St. Charles County Corrections building -- let's hope everyone keeps it civil and sane this evening.