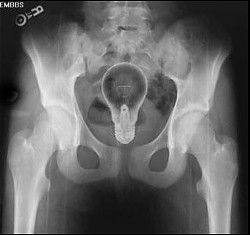 Jeffrey Tomich at the Post-Dispatch has an interesting article today on the possibility that AmerenUE and Kansas City Power & Light, the two largest electric utilities in the state, are coordinating their rate requests in order to overwhelm the watchdogs at the Office of Public Counsel.

Kevin Gunn, chairman of the Missouri Public Service Commission (PSC), raised the issue after AmerenUE announced on November 28, 2011, that the company would request a rate increase. KCP&L followed suit on December 1, 2011. The PSC has eleven months to determine if a rate increase is justified, a decision that's determined in part by research performed by the Office of Public Counsel.

Tomich reports that the Public Counsel has had its budget and staff cut in recent years, and maintains that it can just barely perform its due diligence on one electric company rate increase case a year. If the two electric companies officially file their rate requests in the same tight formation as they announced their intent to do so, there's no way Public Counsel staff can bird-dog the companies properly, and we the people could take it the pocketbook -- or another painful location.

After spending a long evening reading the PSC's press releases for the past five years (available here, if you're so inclined), I've come to two conclusions.

Number one, this would not be the first time in the past four years that the two companies have officially filed their request to increase rates in quick succession. In 2010 AmerenUE filed in September, three months after KCP&L's June filing. Both companies filed rate requests in the same calendar year, every year, except for 2009 -- only AmerenUE asked for a rate increase that year.

Number two, it doesn't matter when these two companies file, because every one of their rate requests has been approved during the past four years. There is one exception: On July 24, 2009, AmerenUE filed an interim rate request that the eventually PSC denied. Cry no tears, because the regular rate request the company filed on the exact same date eventually was granted, albeit not at the full amount the company wanted (AmerenUE wanted a $402 million bump, but only came away with $226.3 million).

It's an amazing winning streak for both utilities. And the future only looks brighter (please pardon the pun, the coffee hasn't caught up with me yet) for AmerenUE. In October of 2011, the company announced buy outs of 715 employees age 58 and older, a move chief executive Thomas A. Voss said was necessary for the company to effectively operate at a time when "demand for energy has softened, costs are rising and our reimbursement for those costs in rates continues to lag."

The week prior to announcing those buy outs, AmerenUE announced an increase in its dividend, providing millions of extra dollars for its shareholders.

Continue on to the next page for more information on Ameren and KCP&L's rate increases since 2007.