John Bosler: Parents Stand By Son Who Assaulted Them 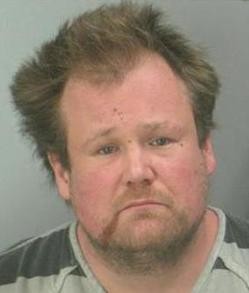 John Bosler, the 33-year old House Springs man who assaulted his parents in February of 2011 after an argument about his continued unemployment, was sentenced to a 120-day prison treatment program yesterday. He will not be in the general population during his sentence, and he'll move to a halfway house upon successful completion of the term -- this despite beating his 69-year-old father about the head with a metal pipe and stabbing him with a kitchen knife, and then slashing his 56-year-old mother.

Bosler pleaded guilty to three charges of second-degree assault back in October, and yet both his mother and father stood by his side during the sentencing. There's something terribly sad about a grown man who can't find work turning on his parents in such a violent way, and it's only compounded by the show of parental support. Desperate times breed desperate men, and that prison time is only going to complicate his job search.