The Return of The Halak-Ness Monster 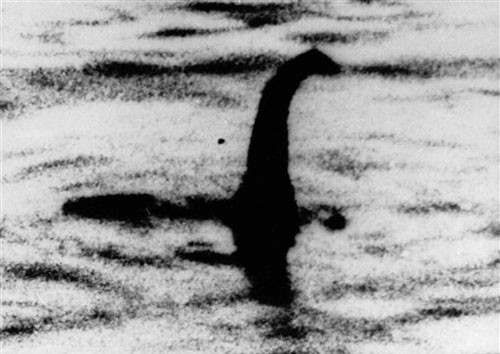 You know, awhile back I wrote a column about some win by the Blues or other, and I made a rather off the cuff remark about Jaroslav Halak. He's been a lot better since Ken Hitchcock got to town, I said, but the guy the Blues thought they were trading for just isn't going to show up. Halak isn't that guy, never really has been outside of a three-week hot streak which fooled everybody.
Actually, rather than risk misquoting myself and exposing the paper to legal action by me, I'll just go and find the quote. Accuracy!

"...he's been part of the most productive goalie tandem in the league this season, but the guy who led Montreal deep into the postseason two years ago isn't walking through that door anytime soon."

There we go. Jaroslav Halak, not bad, but not even close to the guy the Blues -- and their fans -- were hoping he was going to be.
Turns out the comments section has been right all along and I really don't know what the hell I'm talking about.
See, a funny thing happened while I wasn't looking as closely as I should have been: Jaroslav Halak turned into that guy I was saying he would never be again.
For the season, Halak now sports a rather nifty 2.08 goals against average, good for 8th best in the NHL. That's after a soul-crushingly awful start to the season which saw him losing confidence, playing time, and games by the boatload. That 2.08 GAA is the best of his career, and is actually even better than the numbers he posted during that magical playoff run of a few seasons back. In the 2009-2010 playoffs Halak recorded a 2.55 GAA as he led the Canadiens past much more highly-touted teams and secured his place in the hearts of the Montreal faithful.
Now, to be fair, Halak's save percentage was better during that playoff run at .923% compared to this season's .918, so his defense has done an outstanding job of limiting the number of shots he actually has to stop. Still, that number does include his early-season struggles; he's been even better of late.
In the 17 games Halak has played since Ken Hitchcock took over, he's allowed just 28 goals, good for a 1.64 GAA. He's played to a save percentage of .942 over that time span. What constitutes an 'elite' goalie is open to plenty of interpretation, but there seems to be a fair amount of support for a save % of right around .925. So, yeah, Jaro has actually played like an elite goalie since the coaching change, over two months' worth of hockey now.
But wait, there's more! Since the calendar turned from 2011 to '12, Halak has been even better. Granted, it's only a five game sampling, but that's what we have to work with for now. In those 5 contests, Halak has a 1.20 GAA and a .956 save percentage. He's won all five games and recorded two shutouts. He has allowed exactly two even-strength goals. Two. In five games.
There is the question of how strong Jaro's schedule has been; for a long stretch he drew the weaker matchups while Hitch went to Brian Elliott for the tougher matchups. That hasn't really been the case nearly so much as of late, but I will say Jaro hasn't played Chicago or the Red Wings, either, quite possibly the two most dangerous offenses going at the moment.[Editor's Note: Nadia from Montreal emailed to point out that Halak has indeed faced Chicago this season, and shut them out 3-0.] Still, you can only beat the teams you play, and Halak has done nothing but beat the teams he's played for quite a while now.
So Jaroslav, I stand up now and I say I was wrong. Wrong wrong wrongy wrong.
The Blues sit at the top of the heap in the NHL right now because they just don't let teams score off them. And while I don't want to take anything away from Elliott, who still has some of the best numbers in the league thanks to being essentially unbeatable for pretty much all of October and November, the fact is Jaroslav Halak has been one of the biggest, if not the biggest, reason for that dominance.
The Halak the Blues thought they were trading for, the guy who went crazy in the playoffs, may not be walking through that door after all. But the Halak the Blues have right now might actually be even better.